Home / Blog Posts / Why quitting is one powerful response to losses in life.

Why quitting is one powerful response to losses in life.

I stood before an eclectic gathering of dinner guests, questions unanswered. This much they knew: the ambiance was festive, the barbecue fare tasted scrumptious, the Chardonnay continued to pour, and plentiful desserts awaited. But nobody could answer two lingering questions:

Why this party theme? Why now?

Recognizing the personal significance of this day, I had brought together a far-ranging group of acquaintances, colleagues, and friends covering four decades of my life — 40 guests in all.

This party had a unique — and to my knowledge — quite original theme, unlike anything these guests had experienced before.

The party invitation arrived with a commanding headline: Quit Party. Then the invitation addressed my purpose:

Okay, so what the heck is a Quit Party?

Well, it’s an excuse for a poolside barbecue and libations… but a bit more than that.

Most of us have quit something and been better off for it. A job. A career. A relationship. A habit. A hair style. A belief. Something. Thus, we’re celebrating your quit.

Your name badge will allow you to complete the sentence, “I quit (fill in the blank).”

The party theme should become a conversation starter with others you don’t know. And could reveal something unknown about a dear one already close.

We will allow time during the party for those inclined to share a quit story with the rest of us.

Trying to avoid a false impression that this party might become a privacy-stripping psychodrama, the invitation offered reassurance:

This is a party, not a confessional. Let’s nix political, ideological, moralistic, or antagonistic communications. Just share the upside of quitting something that has made you better, brighter, faster, happier, tougher.

If you prefer not to make your quit public, then you may use a ??? on your name badge. We won’t hassle you.

Just come and honor your resolve, growth, and change while noshing on great barbecue. And celebrate!

The moment of full revelation had arrived as my guests assembled in front of me. Why this party theme? Why now? And so I told them a story…

The boy rested uneasily inside an oxygen tent, struggling to breathe the cold, aseptic air. The child had almost died two days earlier from asthma. Rushed to the hospital emergency room and then stabilized, his heart raced from the speedy effects of epinephrine.

Ten year later, the child had “outgrown” acute asthma attacks and was becoming a rebellious teenager. Since this was the mid-1960s, about 50 percent of adult men in the United States smoked cigarettes, the 20th century symbol of iconoclastic culture, the rise of Marlboro Man.

By the time this teenager became a college graduate student, he was smoking almost two packs of cigarettes per day, and lung abuse was beginning to take a toll on his health.

An asthmatic in childhood and addicted to cigarettes in youth, I owe my health today to a man and philosophy of living that he personified.

At the beginning of my second year of graduate school, several students and I were visiting a professor at her home. Her boyfriend stopped by, a man of imposing stature, at that time weighing around 215 pounds of sculpted muscle. I learned that he was a PhD candidate seeking degrees in sports psychology and exercise physiology.

His extraordinary fitness and friendly nature caused me to confess that I was concerned about my health. He invited me to go jogging with him and though hesitant, I accepted.

The next Saturday we ran in a city park and I kept pace, being young and lean. But as the miles stretched out, his graceful stride left me in the background. I recall seeing him running effortlessly ahead, nonchalant and focused. He never lectured me; he just pointed the way.

Because sustainable health was what I wanted more than anything after a childhood of illness, I quit smoking four days later, on September 14, 1973. 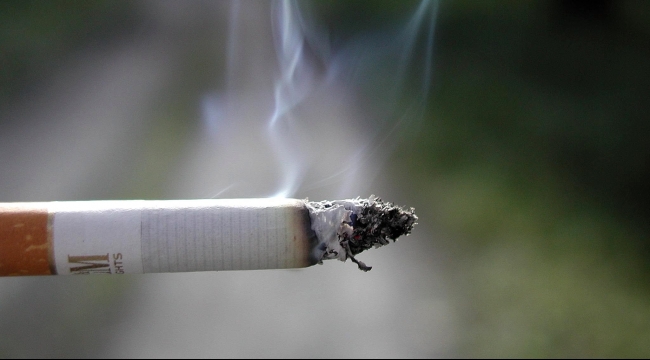 The day of this Quit Party was exactly 40 years since the momentous day I had quit smoking cigarettes. When I quit, I felt a significant sense of loss. An old, friendly habit had been banished from my life. But as days and weeks rolled by, my resolve strengthened.

My guest list included several profound communicators. A few are professional speakers, so enthusiastic volunteers followed me to share their own quit stories.

Joan told how she quit trying to starve herself just to lose a few pounds, finally embracing a positive self-image not dependent on idealistic looks-ism. Ed, a thoughtful speaker with mixed racial parents, quit trying to be either black or white but had finally accepted who he is: a proud multiracial man. Chrissie described her struggles with obsessive-compulsive disorder and that she had quit trying to be someone else, in denial of this disease. Today she has become an outspoken advocate for OCD awareness through a radio show and blog.

All “seasoned adults” have quit something that furthered their welfare. But our cultural narrative assigns quitting to losing, as if a quitter lacks the character trait of persistence.

Quitting can be the beginning of growth and maturation. Instead of denying or demeaning the acts of quitting — beliefs, things, habits, people, or behaviors — perhaps it’s a good time for us to honor quitting instead.

As Charles Darwin advised, “It is not the strongest of the species that survive, nor the most intelligent, but those most responsive to change.”

And to quit is to change. Quitting sometimes is the best medicine to overcome the challenges imposed by significant losses. Quitting can be a cause for a festive celebration.